On the Saturday before Christmas Eve, the city of San Fernando glows with the colorful light of giant lanterns. Each barangay, or district, in the city creates a lantern. The residents of the barangay collaborate, each contributing to a massive lantern that will represent their home district. In the end, one barangay and its lantern will win the yearly competition.

Many of us already put up Christmas lights each year, but the true magic of the Giant Lantern Festival is in the way it brings the community together. You can bring this magic home by collaborating with neighbors or friends to create a holiday light contest – or you could get together with your community and decorate the local church, temple, or school.

Candles and paper lanterns fill windows with a warm glow, marking the beginning of Colombia’s holiday season. Originally, the candles were lit to recognize the Immaculate Conception. Though Little Candles Day is Catholic, candlelight is common to holiday traditions of many faiths. On the longest nights of the year, the flickering glow of a candle seems magical.

Those celebrating Hannukah already know this magic in the form of a menorah. You can celebrate with candles in almost endless ways. Try eating Christmas Eve dinner by candlelight, or buy a special candle that you light each night, burning it lower and lower as you countdown to Christmas day. 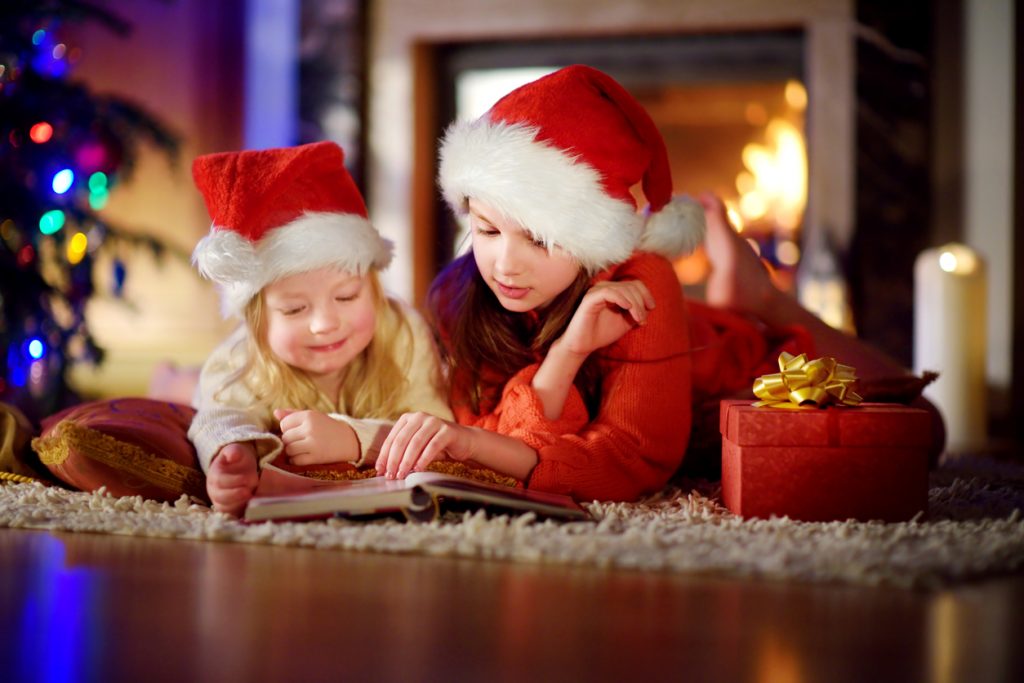 In Iceland, most books are published during the holiday season – the market is flooded with new books, hence the name “The Christmas Book Flood.” This is in part because of the Icelandic tradition of exchanging books for Christmas. Everyone is given a book for Christmas, which they read before bed on Christmas eve while eating chocolates.

You can celebrate this tradition the same way – give each other a book on Christmas Eve, share some chocolate, and sit together as a family while you read. For younger children, you might want to buy a holiday-themed book to read to them before bed. Don’t forget to make some hot chocolate too!

The Feast of the Sacrifice is one of two Muslim holidays. It honors Ibrahim’s willingness to sacrifice his son, which demonstrates his obedience to God. One of the main traditions of Eid Al-Adha is the sacrifice of an animal, thus the name “Feast of the Sacrifice.” But unlike many holiday feasts, this one is made for others – the family only keeps a third of the meal. The other two thirds go to the poor and needy, and relatives and friends.

You don’t have to be Muslim to bring this generosity home. Many people have made a tradition of “jingling” neighbors, which involves putting a bag of goodies on their doorstep without them knowing who did it – they then have to pass the kindness on and do the same to another neighbor. You might also prepare a meal for a family who’s having trouble lately. Some people deliver the meal, ring the doorbell, and run – which is fun for kids, but also makes the act of charity more magical, as its source is unknown.

Have a unique holiday tradition that your family celebrates? Tell me about it in the comments, or tweet it to me @ask_carolyn!